The ear is the part of the body used for hearing and balance.

The ear is divided into three parts: 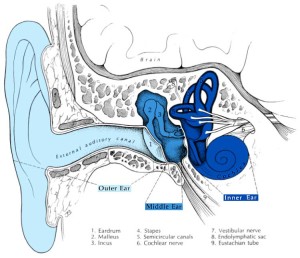 When we hear, sound is first collected by the outer ear and sent down the ear canal to the eardrum. 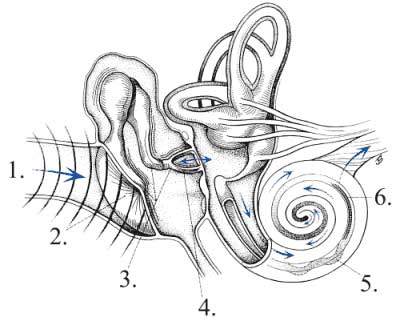 (1) The sound vibrates the eardrum, which then vibrates the bones of the middle ear
(2-4) Motion of these bones results in movement of the fluid contained in the snail-shaped cochlea
(5) As the fluid begins to move, the tiny hair cells lining the cochlea move back and forth to generate an electrical current
(6) This electrical current stimulates the hearing nerve, which carries the signal to the brain and is interpreted as sound.

The following diagram illustrates some common sounds and their hearing level:

View the latest promotion from the Ohio Hearing Institute.

Learn More About Us

All new hearing aid purchases include all service and programming appointments for the life of the device. No hidden costs or unexpected fees.